EXACTLY How To Get From Melbourne Airport To Geelong

Visitors travelling from Melbourne Airport to Geelong have a variety of transport options to choose from.

Deciding which one is right for you is a matter of budget and convenience, as all options are safe and comfortable.

We’ve made it easy for you to decide which one is best for you, so you can enjoy all the wonderful Geelong attractions without feeling stressed.

Below you will find an overview of  Melbourne Airport transport options to Geelong Victoria. 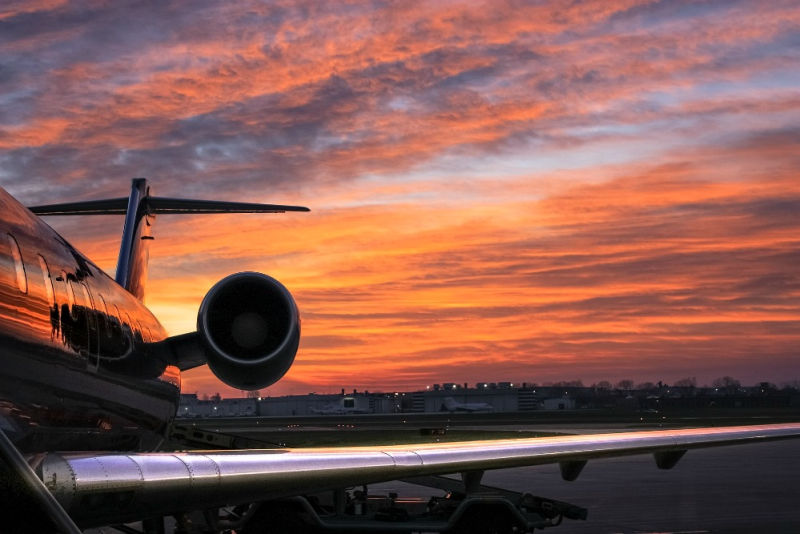 Melbourne International Airport was built in the 1960s and is known locally as Tullamarine Airport or “Tulla” for short.

It was built in the Melbourne suburb of Tullamarine but the airport now has its own suburb and postcode Melbourne Airport, Victoria 3045.

The airport has four terminals; one international terminal and three domestic terminals.

How To Get From Melbourne Airport To Geelong

Our favourite transport from Melbourne Airport is the Tullamarine airport bus Gull Geelong.

The Gull Bus service is reliable and comfortable and provides up to 198 regular Melbourne Airport transfers every week.

The trip from Tullamarine to Geelong takes about 1 hour and 15 minutes depending on traffic.

It does not stop at Melbourne Avalon Airport.

It’s best to book in advance but it’s possible to buy a ticket from the driver if spare seats are available.

Melbourne Airport Pick Up & Drop Off: 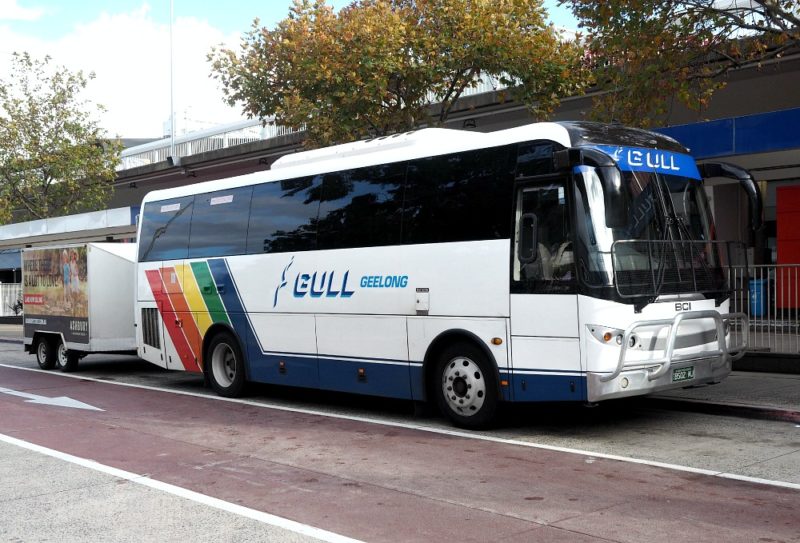 If you don’t want to catch the Geelong bus from Melbourne Airport then you can hire a car and drive.

They are all located on the ground floor of the airport directly opposite Terminal T2, International Departures and Arrivals.

Directions From Tullamarine Melbourne To Geelong

Driving from Melbourne Airport to Geelong is not difficult as it’s freeway all the way.

There are no tolls and to make it even easier there are lots of signs to make sure you don’t get lost.

The trickiest part is in the first 5 kilometres but if you follow our directions you’ll be fine.

From the airport take the Melbourne exit onto the Tullamarine Freeway.

Take the first turn off on the left at the Mickelham Rd exit and stay in the right-hand lane.

Then take the right fork which is signposted Geelong, this leads into the Western Ring Road.

Stay on the Western Ring Road until you reach the Geelong exit to the Princes Highway (M1).

Then it’s a 45-minute drive to Geelong.

Tip: There are fixed speed cameras all along this route. Tolerance levels for speeding are low in Victoria and it doesn’t take much to be fined.

The bus leaves every hour during the week and the service finishes around midnight.

If the timing doesn’t work you could find yourself hanging around the airport for an hour or more.

You could be in Geelong by then!

Another option would be to use a Melbourne Airport taxi service.

Taxi ranks are located outside the Melbourne Airport arrivals hall.

An access fee of $3.65 applies to all pick-ups from an airport taxi rank. This is paid by the passenger to the driver and is included in the fare.

Pre-booked taxies can be used to pick you up from the airport. The taxi will be ready to collect you in the outdoor section of At Terminal T123 carpark.

For your convenience you can download the Geelong Taxi Network App below.

There is a rideshare access fee of $4.48 per trip.

Scheduled rides are not available for pickups at the airport. Rideshare operates a virtual queue and accepts bookings on a first in first out basis.

Use the mobile app to make a regular Uber booking which has a regular supply of Uber vehicles to pick you up.

For your convenience you can download the Uber app below.

Start your holiday in the best possible way with luxury hire car services.

Chauffeured hire cars must be pre-arranged as there are no service desks at the airport. Drivers will meet you inside any of the terminals and assist you with your luggage.

Unfortunately, there is no rail link to or from Melbourne International Airport.

However, it’s still possible to get from the airport to Geelong by train, although it’s the least convenient option.

The best way to do this is to catch the Skybus Melbourne Airport shuttle to Southern Cross Station in Melbourne’s city centre.

From there you can catch the Vline Melbourne to Geelong train.

You can check the Southern Cross to Geelong timetable here. 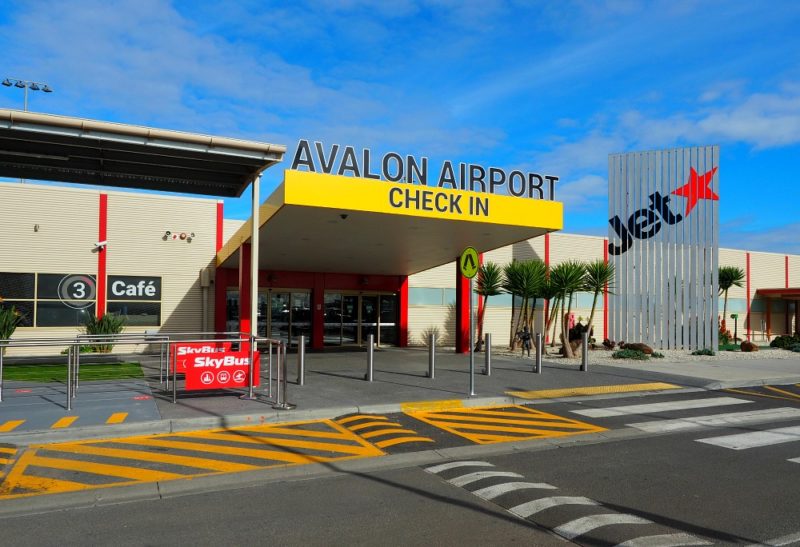 Avalon Airport Melbourne is the closest airport to Geelong

How To Get From Avalon Airport To Geelong

Where is Avalon Airport?

Surrounded by farmland, Melbourne Avalon Airport appears to be in the middle of nowhere.

But it’s actually only 20 kilometres from Geelong’s CBD.

And it’s in a great position for anyone wanting to visit Geelong, the Bellarine and the Great Ocean Road.

Geelong is an easy 25-minute drive along the Princes Freeway from Avalon Australia.

Avalon Airport Car Rental is simple to arrange from any of the companies located in the main terminal.

The airport is serviced by Budget, Avis, Hertz and Europcar.

You can pre-book your car hire online or make arrangements at the airport service desk.

The Skybus Avalon Airport Bus is a comfortable and convenient way to get to Geelong they even have free Wifi.

And at only $10.00 for singles, it’s easily the cheapest Avalon Airport transport option.

They have amazing family deals too.

You can book the Skybus Avalon Airport Shuttle online or from the booth in the terminal.

For more information about the Skybus schedule click here.

Taxis are available directly outside the terminal. Fares to Geelong are around $50.00.

Uber has official pick up bays to the left as you leave the terminal.

Click this link to go to the Uber fare estimator.

Avalon Airport has a $3.00 fee for all commercial vehicles accessing the airport to pick up passengers.

Wondering where to stay in Geelong? You can find the best Geelong accommodation here.

These posts will have you eating and drinking at Geelong’s best cafes and the top Geelong pubs.

For things to do, you can read about the Geelong Wool Museum and Narana Aboriginal Cultural Centre. Or check out our guide to the best events in Geelong.